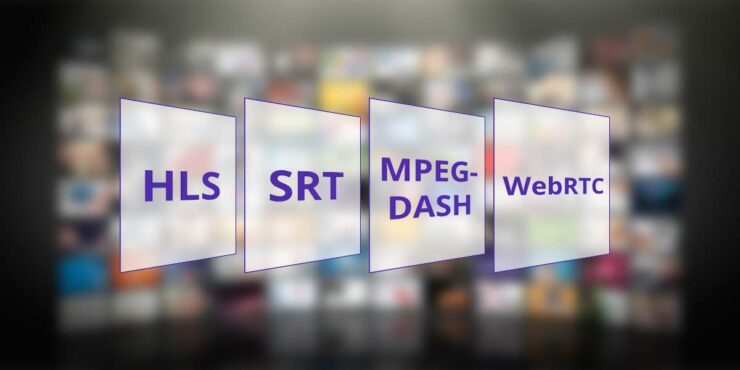 MMS protocol is used for streaming Windows Media only.

The majority of streams are streamed through HTTP, RTSP, MMS and RTMP. PNM protocol is usually not used on the newest servers, but such streams are not very rare.

HTTP streaming is a mechanism for sending data from a Web server to a Web browser in response to an event. HTTP Streaming is achieved through several common mechanisms.

In one such mechanism the web server does not terminate the response to the client after data has been served. This differs from the typical HTTP cycle in which the response is closed immediately following data transmission.

The web server leaves the response open such that if an event is received, it can immediately be sent to the client. Otherwise the data would have to be queued until the client’s next request is made to the web server. The act of repeatedly queing and re-requesting information is known as a Polling mechanism.

Microsoft’s streaming server uses the Microsoft Media Services (MMS) protocol (also called NetShow Services) to transfer unicast data. MMS can be transported via UDP or TCP (MMSU and MMST protocols). If the Windows Media Player client cannot negotiate a good connection using MMS over UDP, it will resort to MMS over TCP. If that fails, the connection can be made using a modified version of HTTP (always over TCP). This is not as ideal for streaming as MMS over UDP, but ensures connectivity nonetheless.

The default protocol for streaming Windows Media is not MMS, but RTSP.

The Real Time Streaming Protocol (RTSP), developed by the IETF and published in 1998 as RFC 2326, is a protocol for use in streaming media systems which allows a client to remotely control a streaming media server, issuing VCR-like commands such as “play” and “pause”, and allowing time-based access to files on a server.

RTSP can be transported via UDP or TCP (RTSPU and RTSPT protocols).

The first version of RealAudio used a proprietary protocol called PNA or PNM to send streaming audio data. RealNetworks later switched to the IETF standardized Real Time Streaming Protocol (RTSP), but they use RTSP only to manage the connection.

Real Time Messaging Protocol (RTMP) Is a proprietary protocol developed by Adobe Systems (formerly developed by Macromedia) that is primarily used with Macromedia Flash Media Server to stream audio and video over the internet to the Adobe Flash Player client.

The default connection port for RTMP is 1935.